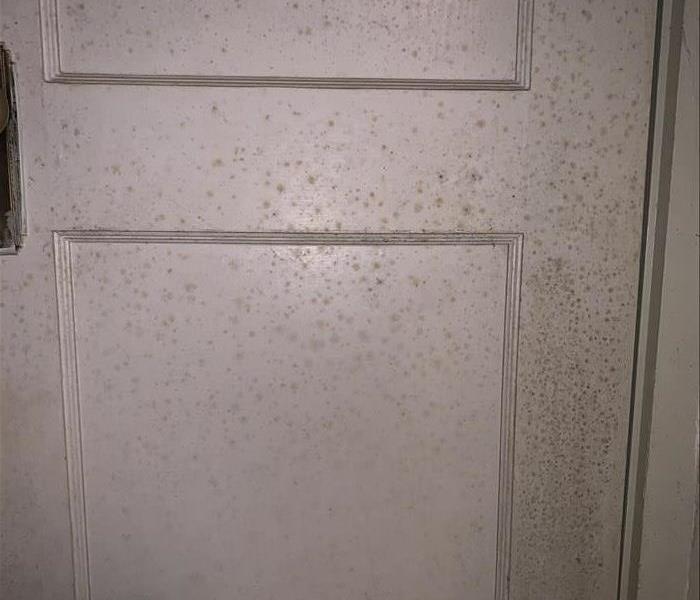 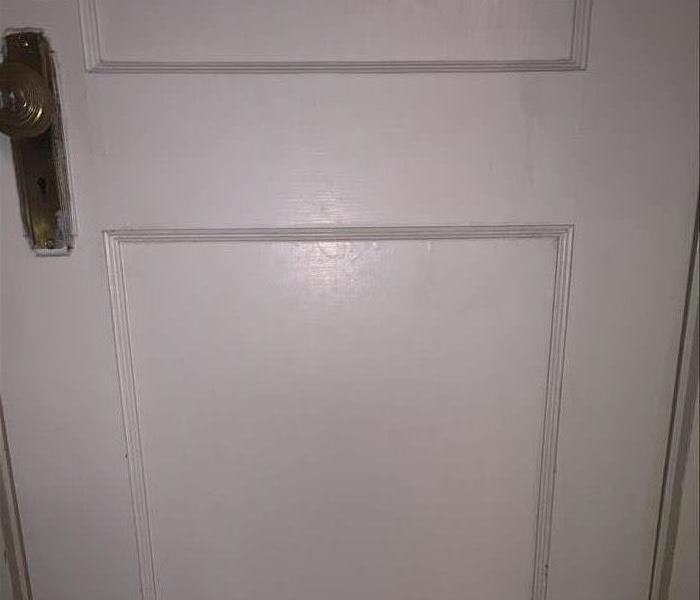 A tree fell on a beautiful 1800's cabin in Burnsville, North Carolina after some heavy rains. The SERVPRO of Boone team loaded up and made the two hour drive through the mountains in response to the call. The tree had caused some extensive damage to the roof which in turn affected four rooms in the home. The leak caused some microbial growth to form on several surfaces in the home included the door pictured here. The SERVPRO of Boone crew cleaned all the window frames, baseboards, furniture, doors, and door frames in the affected rooms. The team ensured that all microbial growth was removed and cleaned in order to stop it from spreading.

View More Before & After Photos